The first humans ever associated and interacted with wolves in Wisconsin were the Native Americans.[1] They have a strong relationship with nature and animals because they view nature and animals as sacred and important figures in their lives. Some of the tribes living in the region had wolf clans. Clans are organized societies that tribal members belonged to through birth, ritual induction or both.[2] Origins and myths states that the wolf clan people came from water, when they reached shore, the wolves transformed into human beings.[3] 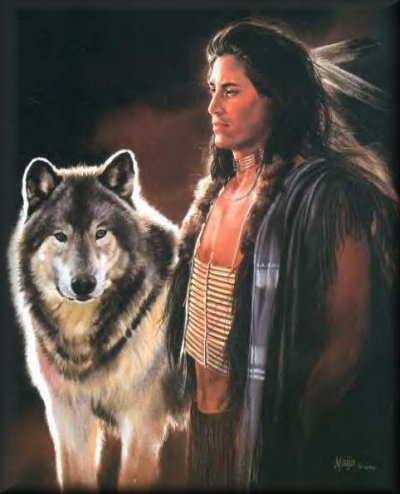 Wolves mean a lot to the Native American community and it is a dominant role in the Ojibwe tribe. In the Ojibwe tribe creation story, wolves are often described as family members to the tribe. Wolves were referred to as a brother or sister along with a perception that if whatever happens to the wolves, it will happen to one of the Ojibwe tribe, they also traveled the world together and spoke the same language.[4] They have a strong relationship tied with the wolves because wolves are a symbol of their culture and tradition. 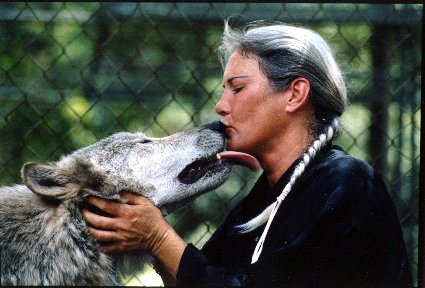 The wolf, Ma’iingan, is considered sacred to the Ojibwe because it has been an important figure since it carries a cultural significance for members who hold traditional beliefs.[5] The wolf is a very important animal since a lot of their spirits came from the wolves, which is very spiritual to them. Many Native Americans viewed the wolves as the pathfinder or the teacher because it has always been a guide for them, a guide to the spirit world and to this world.[6]  Mike Wiggins, chairman of the Bad River Ojibwe tribe in Wisconsin, stated that “the presence of wolves in the woods is sacred and tangible. They are a gift.”[7] With that being said, wolves mean a lot to Native Americans; wolves are the traditional and spiritual importance to them. 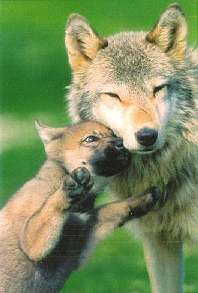 As far as hunting rights goes, Native Americans strongly opposed the hunting of wolves. Native Americans believe that killing a wolf will be like killing one of them. Kurt Perron, the president of the Bay Mills Indian Community in Michigan, states that, “as we see the wolf returning, or gaining strength, just like we, as Ojibwe Anishinaabe people have, we see that relationship. So that’s what concerns us with the hunt, it’s almost like you’re hunting our brothers.”  He also said that by hunting wolves, you really don’t know what is going to happen in terms of how that affects the pack structure of wolves, since they are pack animals.[8]

In 2010, the Red Lake Band of Ojibwe in Minnesota, was the first to adopt a wolf management plan. They designated the band's 843,000 acres of land as a wolf sanctuary in an effort to help save wolves.[9] In tribal lands, the tribes banned hunting and trapping of wolves and will only allow wolf hunting or trapping if it is for specific ceremonial purposes. Although wolves are view as aggressive towards humans, most experienced outdoor people agree that wolves have a profound respect for humans and will act reserved when encountered.[10]

[1] Thiel, Richard, “The Timber Wolf in Wisconsin.” Madison: The University of Wisconsin Press. 23.